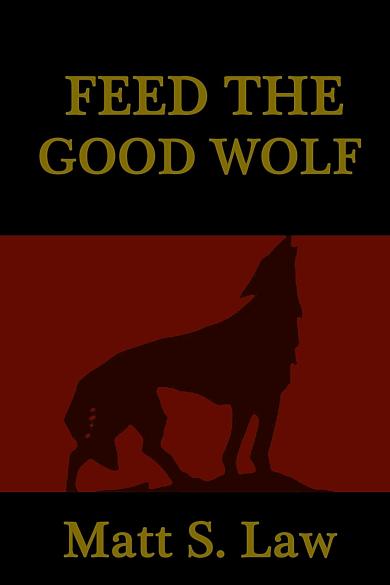 For the next twenty days you can download a free eCopy of my new book, Feed the Good Wolf from Story Cartel. You can also submit a review for a chance to win a free print copy. Did I mention it’s free? Just click here.

Too harsh a title?

Well, here’s my reasoning. The universe was designed to punish our inactivity. Our universe follows certain laws that never change and one of those is a Law of Thermodynamics also known as “Entropy.”

Entropy is synonymous with degeneration. All things that are not growing, that are not in use, that do not have energy being applied to them begin to deteriorate. That is the natural state of the universe.

Ships that remain in port for too long are soon no longer seaworthy.

A relationship that no one puts effort into stagnates and dies.

When you stop using your mind regularly you lose your smartness (that’s me taking a dig at myself for not blogging for so long).

Before you collapse under the crushing weight of the Universe working against you, there is hope. There is another physical law of the universe known as Inertia. That law says two things:

It takes an expenditure of energy to create change. But once you initiate change and expend some energy into sustaining it, you shed off part 1 of inertia and become an inertia-2 person.

Your fit neighbor that runs every day. It probably takes her very little discipline to get up every morning and run TODAY. It was hard to start, it took some discipline to keep going, but now it would probably be harder for her to not run than to run. She’s an object in motion that tends to remain in motion. The universe is now on her side.

If you want to change something in your life, the hardest thing for you to do is to start. So don’t think about it, just start. Give yourself a chance to get the universe on your side.