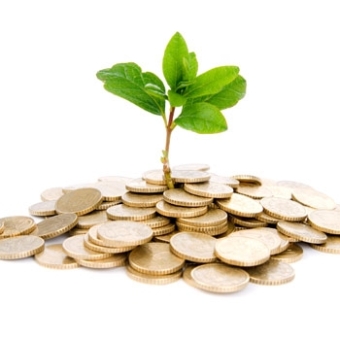 You can tell a lot about a person by where they choose to spend their time and treasure. That’s why it’s hard for me to get a handle on people with jobs. The majority of their time is spent in a place not of their choosing: at work. And most people in this country are living paycheck to paycheck so they don’t have enough spare cash to put their money where their heart is.

My last few posts I’ve been railing against jobs. It’s not that I think jobs are completely bad (full disclosure: I still have a job), but a job is an antequated system of earning that is not good for employers, employees or the economy in general. (see my last post).

The reason this is fresh on my mind and the subject of so many posts is because I’m refocusing my efforts on my entrepreneurial roots: teaching and training small business owners.

A gentleman by the name of John Sestina, who years ago was voted the #1 Financial Planner in America made this statement back in the 1980’s:

So, by my reasoning, you are only exempt from starting a business of your own if you make exactly $150,000 a year at your job.

If you’ve never thought about owning your own business, then for crying out loud: Think. Think now. Think hard. Think about the possibilities. First of all, you could have a cool boss for the first time in your life. You can be a producer for the economy rather than a cog in someone else’s well-oiled machine. You can be paid for your productivity rather than your presence. You can spend your hours generating an income-producing asset rather than just trading hours of your life for dollars. You can earn income based on how much service you provide to the world rather than how long you ride a desk. And if you decide you’ve had enough and no longer want to run a business you can either hire someone to manage it or just sell it.

The income tax system in our country is designed to help and promote business owners not employees. Our country’s economic system is based on the idea of business ownership not benefits. Yet, most of our children are never taught anything about entrepreneurship and most teachers only talk about the free-enterprise system as something that is evil.

According to a focus group by Frank Luntz, a “small business owner” is the second-highest-respected vocation in this country, after a “member of the armed forces.”

Rather than getting another job, why don’t you start giving some people jobs?

Prior to the industrial revolution circa 1900, 90% of Americans were either self-employed or in an apprentice position being trained to become self-employed. Today that number has been flipped upside down with less than 10% of Americans owning a business.

I expect that pendulum to swing back in the other direction drastically over the next few decades. We are entering a new age of entrepreneurship. Generation Y is looking for options. They see that the existing job system may have worked for their great-grandparents that they never met, but none of their living ancestors seem able to make it the same way. Want to have fun? Ask any generation X person (of which I am a member) whether they think that life will be better for their children than it was for them. Almost universally, their answer is “NO.” And we were the first generation in this country where the majority of us felt that way.

So rather than just plodding along doing the same thing day after day, do what I implored you to do back in paragraph 7. THINK! Every day for the next week, spend 15 minutes with a paper and pencil, and brainstorm what sort of business you would like to own. Don’t filter your ideas with such nonsense as whether or not you are qualified or capitalized. Just brainstorm. Every day. 15 minutes. Go!

Why should you invest the time into this tiny thought exercise? I’ll ask you directly: Do you think that life will be better for your children than it was for you if they follow in your footsteps?

Next week I’ll address the main reasons why people do not go into business for themselves.

Matt S. Law is an author focusing on success principle and motivational books. He was born, raised and currently resides in Honolulu, Hawaii.

One thought on “If You Want Some Respect, Read Paragraph 9”