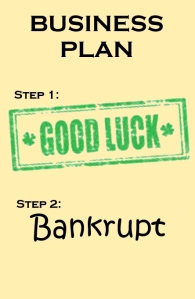 Responsibility is a sign of maturity, and taking responsibility for your actions or inaction is the first essential step towards any sort of growth. As long as we blame our lives on circumstance beyond our control, we are living the life that someone else has designed for us. Once you accept that your life–and everything else in the universe–is a result of cause and effect, you can start initiating the causes that trigger the proper effects.

If you continue to blame other people, other conditions, the alignment of the stars on your problems, you are not only denying yourself the ability to improve your own circumstances, you’re also denying the basic physical laws of cause and effect.

Remember: change, growth, healing, success. All these things are easier if you have the universe on your side instead of working against you.

Ever hear the phrase “Two steps forward, one step back”? Meaning that during the process of advancing forward, we sometimes hit setbacks, but as long as we keep moving we eventually will succeed?

Two steps forward, one step back is only a good thing if we are progressing towards a worthwhile goal. Sometimes we need to be willing to take a voluntary step backwards and make sure we are on the right track.

What do I mean by a step backward? Well everyone has a situation that’s different.

You may be three years into your college degree and realize that you have no interest in pursuing a career in your major. Step back, get some counsel from someone that you trust and has a valuable opinion. It may seem right now like you’ve just wasted the last three years. But that is not a good reason to waste the next twenty.

Sometimes stepping back might mean walking away from a relationship that is hurting us. If you are in a relationship with someone that is negative about your dreams and goals, confront them. Either they change their attitude or you stop associating with them. This may seem cruel, but would you want someone close to you to be responsible for destroying all of your dreams and goals for the next twenty years? How would that affect your relationship?

Some people may need to step back and streamline their finances to get them under control. Most people are so concerned with status they will stay enslaved to a bank just for the sake of living in a home they had no business buying in the first place (or driving a car, sailing a boat, or eating at that trendy restaurant). Take a step back, downsize, streamline, and start using a black pen instead of a red pen for your bank account.

Some people might need to turn their backs on whatever they are currently doing for income. You may have lots of experience. And you may be good at it. But if it ain’t paying the dollars, then staying there doesn’t make any sense.

When you are climbing the ladder of success and realize it is leaning against the wrong building, climbing faster is not the answer. Sometimes success requires a step back. And, of course, stepping back off a ladder is the fastest way back down.

Have you ever had to go backwards in order to make progress?

Thomas Watson said, “If you want to succeed, double your failure rate.” We as humans do stuff. When we do stuff, sometimes we succeed and sometimes we fail. But no matter the outcome, we can always benefit from it. When we succeed at the task at hand we receive whatever benefit we hoped to get from that task: the contract, the sale, the date. When we fail at it, we have an opportunity to learn.

Notice though, that I didn’t say we learn from failure, just that we have the opportunity to learn from it. There is nothing inherently great about failing.

When you fail at something, and life is trying to teach you a lesson, just remember this: A lesson will be repeated until it is learned. Fail once, maybe you can blame it on chance. Fail a second time, maybe the odds just weren’t with you. Fail one thousand consecutive times, you may want to consider changing something. Always keep an eye out for the lesson so that life doesn’t have to keep beating you with that stick to get your attention.

Many people know about the tens of thousands of failed experiments that Thomas Edison went through in the process of inventing the electric light bulb. And, many people have heard about history’s possibly most positive comment when asked if he was dejected or depressed: “I have not failed. I’ve just found 10,000 ways that won’t work.” Yes, he kept trying. But the key was that he kept trying different things.

Albert Einstein defined insanity as “doing the same thing over and over again and expecting different results.”

So while persistence is admirable, without the willingness to learn and change, we are not exhibiting determination so much as lunacy.

I constantly rip on the public education system in this country, but it is not without valid reasons. For those who think that it is a good thing that our children are required by law to attend 13 years of government school, can you answer this simple question: What is the purpose of government schools?

In case you didn’t know, our school system was modeled after the Prussian education system designed under Otto von Bismarck. The purpose of the Prussian education system was to provide a population of soldiers and laborers; an entire caste of people that follow orders rather than think for themselves. Congratulations, if you got straight A’s through school you are a perfect candidate to be an unthinking soldier or laborer.

The first lesson everyone should unlearn from school is this:

What do I mean by this lesson? Let’s say in your Freshman year of high school you get 5 A’s and a C in wood shop. Congratulations, you will never be the Valedictorian of your class. Since your grades are part of your permanent academic record, that C has ruined your chances of having a perfect 4.0 cumulative GPA. You are tarnished goods.

Just like being sick one day for an emergency appendectomy (either receiving or performing one) will ensure that you will never get an award for perfect attendance. But that’s alright, since that is a stupid thing to award to someone anyway.

Compare these two students. Student A, who breezes through Algebra easily and gets an A without trying very hard. Or Student B, who fails Algebra. But after every single failed test, Student B re-studies all the material to learn why he made the mistakes he did. He then re-takes the test even though his grade is already established, just to make sure he has a firm grasp on it. Then next year, Student B retakes Algebra and gets a solid B.

Student A didn’t lift a brain cell to pass. Student B learned a valuable lesson about persistence and discipline.

Everybody fails from time to time. Anyone that has never failed at something has probably never accomplished anything worthwhile. Nearly every mental or physical activity you have ever performed in your life, you failed at it the first time you tried it (except for those things performed automatically by your nervous system). But somehow, when we reach a certain age we become self-conscious and start to view failure as a bad thing.

Failure is not a bad thing, our reaction to the failure is what is important. If we allow embarrassment to overshadow our desire to achieve, then a few early failures will derail whatever you are attempting; whether it is algebra, skiing, or asking a girl to the prom. Nobody likes failing, falling or rejection. But you will live a happier more fulfilled life if you retake that quiz, go back up that slope, and ask another girl out. As long as we maintain the idea that a single failure is a normal part of life, we just view them the same way we view bumps in the road. When you hit a bump, you keep driving. You don’t get out of your car and yell at the bump in the road, and berate yourself for hitting the bump, then blame the bump on your future problems.

Quitting also becomes a habit. And when we develop a habit of quitting when things get hard, eventually we stop trying altogether. So we try fewer and fewer new things. We stay in familiar territory, we stay comfortable, we stop growing and we start stagnating. “A man can fail many times, but he isn’t a failure till he gives up.”

Try to fail at something this week.

Failure is Not an Option, It is a Necessity